“I am proud to recognize these 17 men and women for their safety excellence,” said Cameron Holzer, president of CRST Expedited. “Senior leadership enjoyed the opportunity to meet with these million-milers, recognize their contributions and gain their direct insight on best practices in our safety-first culture.”

Gilbert Weekley of Paden City, West Virginia, has lived CRST’s safety-first mantra for the past 32 years and has reached a significant career milestone — safely driving more than 4 million miles without an accident. Weekley learned the professional driving trade from CRST, which has become one of the largest driver-training organizations in the truck transportation industry. He later became a driver trainer, instilling the same cautious attitude and by-the-book safety procedures in close to 150 student drivers over nearly a decade.

“I loved helping people get started in truck driving,” said Weekley. “I always tell drivers to remember their comfort zone, keep your guard up and always stay one step ahead. And don’t forget to use a lot of common sense. If you can handle driving a truck, you can handle just about anything.”

CRST Expedited has the largest number of team truck drivers in the industry, and some million-milers feel team driving helps them to be safer.

“The dynamic is the team, not an individual,” said William Butler of Cordele, Georgia. “You know, treat the truck as a team effort. It’s just safer. My co-driver and I, we mesh well enough that we can do anything together, on or off duty. We’re family.”

In addition to meshing, it’s also important to have a co-driver who is flexible and willing to learn.

Hampton also mentioned the added benefit of team driving is “you’re going to make more money” when two people are driving the truck all the time, versus having it sit somewhere for 10 hours, because “the miles stack up.”

“There are more than 3.5 million professional truck drivers logging nearly 725 billion miles in the U.S. each year,” said Holzer. “Driving 1 million miles without an accident is a significant accomplishment. These men and women are the driving force behind CRST’s growth and success.”

CRST International President and CEO Hugh Ekberg, COO Mike Gannon and their leadership team joined Holzer and 300 CRST Expedited team members at a reception for the million-mile honorees and their families at Theater Cedar Rapids (TCR) last month. Following the reception, John Smith, CRST owner and board chairman, joined the senior leadership team in presenting the award ceremony, which was followed by a private showing of “My Fair Lady.” 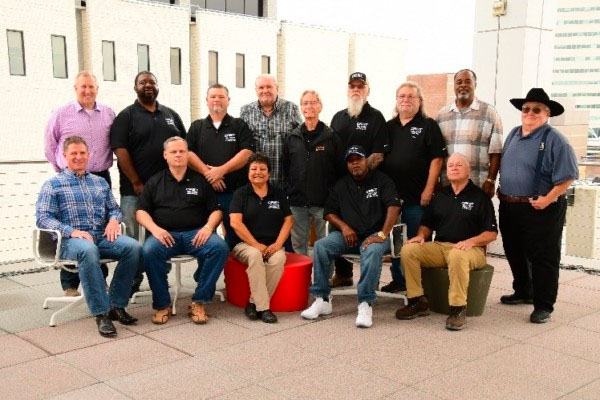 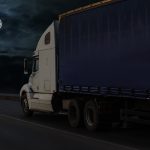 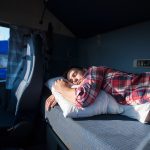 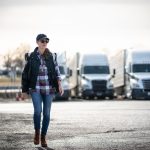 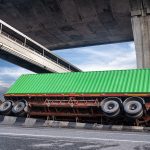